“With scientists predicting that by the year 2044 climate change is going to have a devastating effect on humans, there is need to back science advocacy with strong alliances”. These were the words of Dziwa Science and Technology Trust (DsaT) executive director Veronica Mwaba during the Walk for Evidence-Based Science and Technology in Lusaka recently. 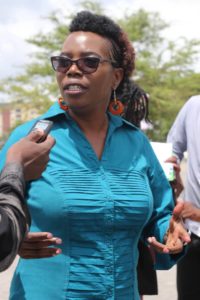 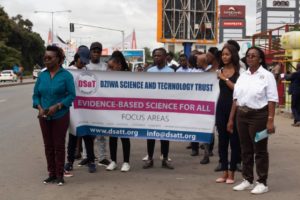 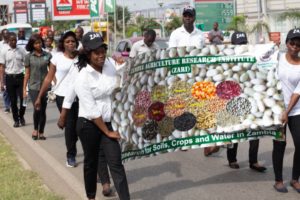 Speaking during the walk which kicked off from Lusaka’s Manda Hill area to East Park Mall, Ms. Mwaba said there was need for stakeholders and the government to attach great importance to science and technology because the solutions to some of the problems besetting humanity lies with science. “Together we can drive the science agenda by communicating the right information to society which can help make informed decisions on issues such as climate change”, Ms. Mwaba said.

She appealed to the government to put up innovation hubs in districts so that young people become inspired to be innovative. “The 21st century has its own challenges ranging from climate change, disease and pests devastating crops. Today, it is clear that the impact of climate change is being felt.
The landscape is changing, technological advancement is rapid and so it is quite evident that with the rising populations and unpredictable weather patterns, food security is threatened.

Science is a problem solver across all sectors such as agriculture, health, environment, education, Engineering and ICTs” Ms. Mwaba said.   She appealed to the media to help communicate the right information on science related matters the same way politics, sports and business stories are covered. 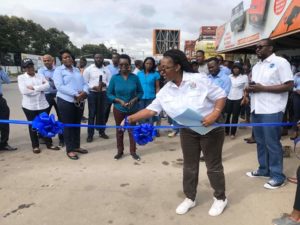 Ms. Mwaba said DsaT has formulated a five year strategic plan running from 2020 to 2025 which has an agenda to drive the country foward in terms of science and technology with a bias towards Innovation, Agriculture, Information and Communication Technology, Health and Education.

At the same occasion, NSTC Program promotion officer Nsama Nakata noted that the council was supporting science related activities through construction of Centres of Excellence for Science, Technology, Engineering and Mathematics (STEM) in secondary schools such as Kandabwe and Kasempa secondary schools. This is aimed at having a cadre of learners especially girls who are armed with science related knowledge at an early stage. 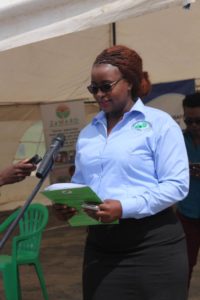 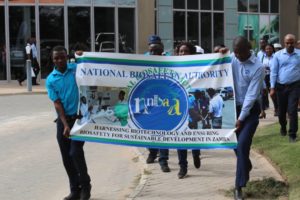 A speech by the Minister of Higher Education, Brian Mushimba read on his behalf by the ministry’s director Jane Chinkusu at the event, said the government has put science at the centre stage as enshrined by the Seventh National Development Plan (7NDP). The minister called on sceince experts to fully engage in advocacy by explaining sceince related concepts in simple language for the betterment of society. 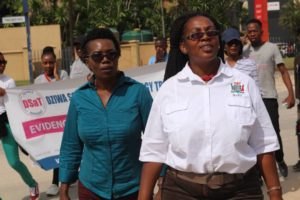 “Scientists need to work hard to advance government’s agenda. I’m happy to state that DsaT was able to come up with a five year strategic plan which was validated by the Ministry of Higher Education” he said.  Mr. Mushimba bemoaned that in the past the country had not put in much effort in the promotion of science related programs, a situation he said should change. 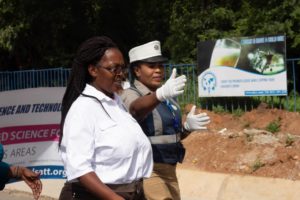 It is also worth noting that owing to girls’ low participation in science subjects, and in order to increase the number of girls pursuing science courses, on December 10, 2019, the Stirring Steam for STEM project (Stem 4 STEM) was officially launched by the Ministry of Higher Education’s permanent secretary Kayula Siame. The Steam 4 STEM is one among six projects selected across Africa in the category of science, technology, health and innovation.  Across all categories, 1400 applications were received from 52 countries in Africa. 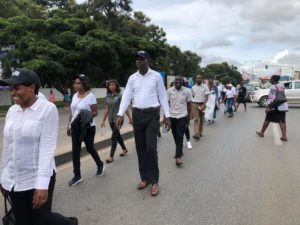 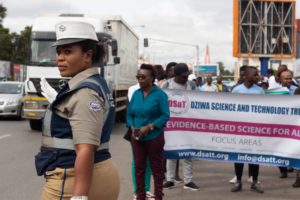 ZaWARD National Coordinator Brenda Nang’amba expressed concern that there hasn’t been a strong with between science and community in terms of collaborations. Mrs. Nang’amba said ZaWARD has been able to engage women who contribute to about 80 percent of the farming community on various ways on how sceince can help them improve their productivity.  She called for the need to mentor young people especially by role models who have been successful in various fields of science. 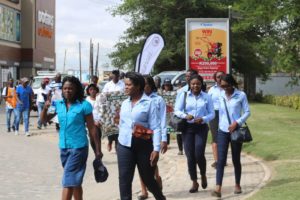 Topstar Zambia vice president Chris Sichone also added there was the need for society to embrace technology because the future of mankind will evolve around science related technological advancements such sd Artificial Intelligence (AI). 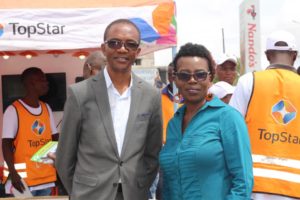 Thus, the recently held Walk for Evidence-Based Science and Technology is envisioned to strike a balance and get all key stakeholders including policy makers to develop an agenda which will have interest in advocating for a future anchored on science and information technology. 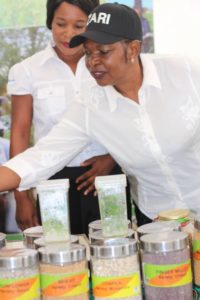 partners took the opportunity to exhibit their products 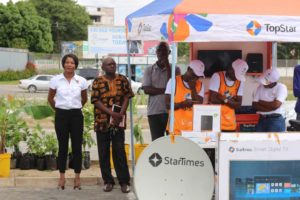 A step in the right direction

GOVT. APPLAUD DSAT FOR THE POSITIVE